The Tauranga Girl's College English Department website
We have many, many wonderful writers and speakers at our school.  From Year 9 through to Year 13 students are required to make meaning in their own texts.  This means writing for various purposes, delivering oral and visual presentations.  We are pleased to share some of the wonderful work they have produced with you.

More success for the talent students who grace our halls!  This time in the Katikati Pathway Haiku Competition.  Of the 99 entries from over 8 schools, Nadia Snegiriv (Y9) placed first and Emily McCarthy (Y13) placed third and was also awarded commended for a second poem she entered.

Here are the Haiku's they entered -

This is proof that out of Shakespeare comes great things.  Kirsty created this wonderful visual essay exploring the paradox that is revenge.

Selena Wright, a Year 11 student, entered a writing competition through the Tauranga Writers website.  Her piece is to be published later this year.
Selena's piece was shortlisted, and although it didn't win a placing it was very well-liked by the judges.  Lee Murray commented the following:

"The Strongest Metal, By Selena Wright. A strongly atmospheric, ambitious story of ritualistic sacrifice resulting in ascension to a higher realm. The world building shows excellent potential and the story has all the elements of a wonderful Game of Thrones-style drama. I loved the non-human characters, but there were a few too many to develop effectively within the limited word count. Focusing on one or two key characters may have resulted in stronger story. Some terrific horror imagery—spindly talons, sharp triangular teeth, and malnourished muscles—made this a chilling read. I look forward to reading more from this young writer." 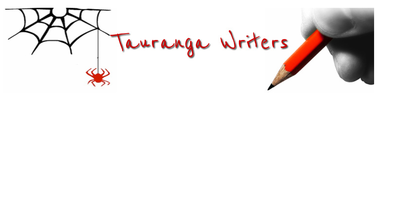 Take a look at the Tauranga Writers website. What have they got on offer that may be of interest to you?
BEYOND THE STORY

Last year the following girls entered a short story competition Beyond the Story.
Out of over 400 entrants from 65 schools from around the country...

The stories of these girls, along with Claudia Lamberton and Leah Owen, were also selected to be included in an anthology of the best writing of the competition.

In 2014 Nadia, Emily, Claudia and Leah are all Year 9 students at Tauranga Girls' College.

Students laden with school books and other worldly perils,

Later, the doctors sip their coffee

At the road side cart

During lunch break, and the people who call Tauranga home

Busy themselves with grocery shopping

And Fraser Cove Countdown (hold back the mad rush,

People walking the streets of which they know the name

But not the history.

Stealing over the skyline, 300 men

Of the 43rd regiment bombard Pukehinahina -

Our forbearers fighting - the Europeans commanded by Cameron,

The Maori’s protected by Pene Taka Tuaia - the former to conquer,

The latter to retain.

The driving forces behind each party.

The anguish and emotion of the battle running high,

Propelling not only the actions of these warriors,

But the pulsation of their hearts

And the furnace of their souls.

The valour and value of 1864 is paramount in our history

150 years on we would do well to remember this.

Emily entered a poetry competition run to commemorate the Battle of Gate Pa this year.  She won the competition with this entry.  Congratulations Emily.